How to manage your ego to sell better

Amsterdam was global financial centre in 17th & 18th century. The transhipments from the city travelled to almost all corners of the world through their global marine network. Abraham van Ketwich was the owner of one of the many brokerage offices in the city. His clients suffered massive losses due to investments in English East India Company. This was 1772 / 73 when the over-valued stocks of the Company lead to stock market crash causing credit crunch.

The entrepreneur in Ketwich thought of an idea which was way ahead of its time — 115 years to be precise. He created a diversified fund of bonds that would reduce the investment risk for small investors. The prospectus of the fund was called — ‘Negotiatie’ while the fund itself was named — Eendragt Maakt Magt (unity makes strength). 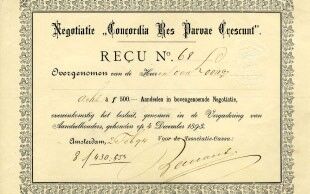 Unfortunately due to wars with England and France at the end of 18th century, the Dutch economy suffered badly and London took over from Amsterdam to become the global financial centre. The funds did not do well but one of the funds continued for another 100 years before it was liquidated — a record of longest running mutual fund that it still holds.

While the funds may have failed to achieve the investment objectives for the investors, the fact that he could think of a diversified investment 250 year back is unbelievable, but true. The philosophy behind ‘Negotiatie’ spread and became popular across Europe and later evolved into an investment trust, eventually giving birth to closed-ended funds.

Fund Managers globally, look at Abraham van Ketwich with both admiration and envy. Admiration out-of-respect for his financial innovation. The objectives of the first funds look surprisingly relevant for investors today. He focussed on the classical investment objectives that benefit clients such as stable returns, high income and low turnover. Envy because his situation, despite all odds, did not involve pressure to beat benchmarks neither was there any peer pressure — quite common in modern mutual fund industry.

His investment strategy can be a guidebook, of course with caveats, for investors looking at balancing their portfolio by including capital protection instruments to reduce risk along with managing returns. Although, his over investment in Caribbean plantation loans back-fired due to wars hence spreading risk even in debt portfolio should be part of true diversification. While one can debate ‘ifs and whats’, Ketwich is an interesting case study on basics of mutual fund investing wherein almost 250 years back he could think of what modern financial planners still advise their clients.